Becoming a Guardian in Texas

If you wish to become a guardian for an individual who is unable to care for themselves, either due to physical or mental incapacity, you must petition the probate court after obtaining a qualified physician’s letter.

The Applicant (or in rare cases, Co-Applicants), who seeks to be named Guardian of the Person and/or Guardian of the Estate of the Proposed Ward must pass a background check and other eligibility requirements under Texas law; and new legislation now requires the Applicant to complete training outside of court before the hearing on the merits.

The Proposed Ward and the allegedly incapacitated person, will receive several visitors over a short period of time, wherever they live – which could be in the Applicant’s home, an assisted living facility, or perhaps even their own home if they have lived independently. The constable will arrive to serve personal service on the Proposed Ward that the guardianship case has been docketed. The attorney ad litem, once appointed by Order of the Court, will arrange to visit in-person wherever the Proposed Ward lives. The probate court’s investigator in some counties will also make an appearance somewhere in the process. In an uncontested case that would be all; but in a contested case then a Guardian Ad Litem will visit next.

The attorney ad litem is an independent lawyer appointed by Order of the Court to investigate the claims made in the Application and to represent the Proposed Ward. Immediately after being appointed the attorney ad litem will file an Answer to make an appearance in the case and then will physically meet the Proposed Ward and ask him/her questions and gauge their responses.

The process for becoming a guardian in Texas in an uncontested case typically goes as follows:

If following the hearing, you are appointed the guardian of the proposed ward, you will need to legally agree to carry out the duties required of you as a guardian. These duties may include everything from providing a physical home for the ward to ensuring that they receive proper medical care to handling the ward’s personal finances. You will have a short period following the hearing to agree; then you will need to post bond in order to receive the Letters of Guardianship, valid for up to 16 months.

The letters must be renewed periodically. You must keep the Court updated on change of address or any other essential information. Also, you must file regular accounting’s and reports. Failure to comply with the requirements can have not just civil complications as you are removed as guardian, but could also have criminal complications for you.

In Texas, a guardianship is a relationship established by a court of law between an incapacitated person who needs help, known as a ward, and a person or entity named to help the person in need, known as the guardian.

Only a Court Can Create a Guardianship

There are no online forms that an individual can use to create a guardianship without court approval. The Court attempts to strike a balance so that the needs of the ward are taken care of by the guardian, while attempting to maintain the ward’s independence as much as possible.

The Texas Estates Code defines an incapacitated person as one who, due to physical or mental condition is substantially unable to feed, clothe or shelter himself/herself, to care for his/her physical health, or to manage his/her financial affairs. Because the guardianship procedure effectively takes away the rights of an individual to make certain decisions, Courts take the process very seriously and do not grant guardianship without sufficient evidence to do so.

What is the Role of a Guardian?

How Can I File for Guardianship Over an Adult in Texas?

Once an application for guardianship is filed, the court will appoint an attorney ad litem to represent the ward. The attorney ad litem represents the ward and has certain duties under the Texas Estates Code. These duties include meeting the ward and the proposed guardian prior to any hearing so as to provide legal options, requesting medical history and records from the applicant’s attorney, interviewing key doctors and other witnesses, ensuring that there was proper service on the ward, ensuring that all procedures are followed in the process, and to advocate for the best interest of the proposed ward.

What Happens During a Guardianship Hearing in Texas?

After the court grants the guardianship application, the newly appointed guardian will likely be required to file a bond and must take and file an oath to faithfully discharge their duties and act in the best interest of the ward. Once the court approves the oath and bond, the court clerk will issue Letters of Guardianship to the newly appointed guardian. The Letters of Guardianship are evidence of a guardianship appointment by the court and give notice of the guardian’s capacity to act for the ward. The letters expire one year and 120 days from the date of issuance, but may be renewed annually by the court.

You can see from the above that it is important that you hire a very well qualified and experienced lawyer such as those at Stepp & Sullivan, P.C. to represent you should you wish to become a loved one’s guardian.

A Texas Guide to Adult Guardianship

Guardianship is a legal relationship established by a court, between a person who is incapacitated and unable to care for themselves (ward) and a qualified individual or entity named by the judge to help that person (guardian.). An incapacitated person is a minor, or an adult who is substantially unable to provide for themselves, to care for their own physical health or manage their financial affairs, or a person who must have a guardian appointed to receive funds from a governmental source.

Yes, a guardianship can only be created by a court.

Yes, you can represent yourself in court but you do not have the right to represent another person.

The lawyer’s fees and court costs usually run between $2,500-$5000 depending where you are located in Texas and how hard it is to get the guardianship completed. If the court appoints an Attorney ad Litem or a Guardian ad Litem, these fees will be in addition.

For minors, the court first looks to parents, then to the person who the last surviving parent designates for guardian, then to close relatives such as grandparents and uncles or aunts, or a nonfamily member that the court believes will satisfy the requirements.

For adults, the person designated by the ward prior to the incapacity to be guardian, the wards spouse, or a non-relative that the court deems satisfactory to act as guardian.

There are a number of differences but the most important ones are that a POA allows a person to choose or designate others to act on his or her behalf in the usual tasks of life and sometimes to act on their behalf in certain financial situations. The POA can be revoked at any time by the individual who makes the POA. A Guardianship is created by a court, gives another person the right to decide certain matters such your finances, your living arrangements and your care. Once a guardianship is in place the ward loses the right to make those decisions unless or until a judge decides otherwise.

No, this decision can only be effectively accomplished by a guardianship if your mother or father does not agree with your choice. You will have to present clear and convincing evidence to the court in the guardianship proceeding that your parent is not capable of making such proper decisions on their own.

The court will require a report by a medical doctor within 120 days of the guardianship hearing detailing the proposed ward’s physical and mental condition. The court will also want to hear evidence from the proposed guardian at the hearing and may wish to hear from the proposed ward also, depending on his or her mental condition. The court may hear testimony from several witness who know the proposed guardian and potential ward. The court may also want to hear from the court investigator and or an Attorney ad Litem if appointed by the court as to what they have found and what they believe to be in the best interest of the ward.

Depending on your location and complexity of the guardianship needed, a guardianship usually takes between 2-6 months from the filing of the Application to the entry of the order approving guardianship.

It is possible to obtain an emergency temporary guardianship withing 10 days of the emergency application being filed. A doctor’s report will need to be filed and an Attorney ad Litem will be appointed. A hearing will then be held within 10 days of the filing of the emergency application and after evidence is presented, the court will decide whether to appoint a temporary guardian or dismiss the case. If a temper guardian is appointed, that person will serve for up to 60 days by which the court will decide if there is a need for a permeant guardianship or not.

The Importance of a Power of Attorney Document

At Stepp & Sullivan, our estate planning attorneys in Houston, Texas know that there are many details that can get lost...

How to Create a Texas Estate Planning Checklist

At Stepp & Sullivan, our Texas estate planning attorneys know that no matter how large or modest your estate is, it is...

At Stepp & Sullivan, our Houston, Texas divorce attorneys know that when parents of minor children decide to dissolve their...

Speak Of Our Experience 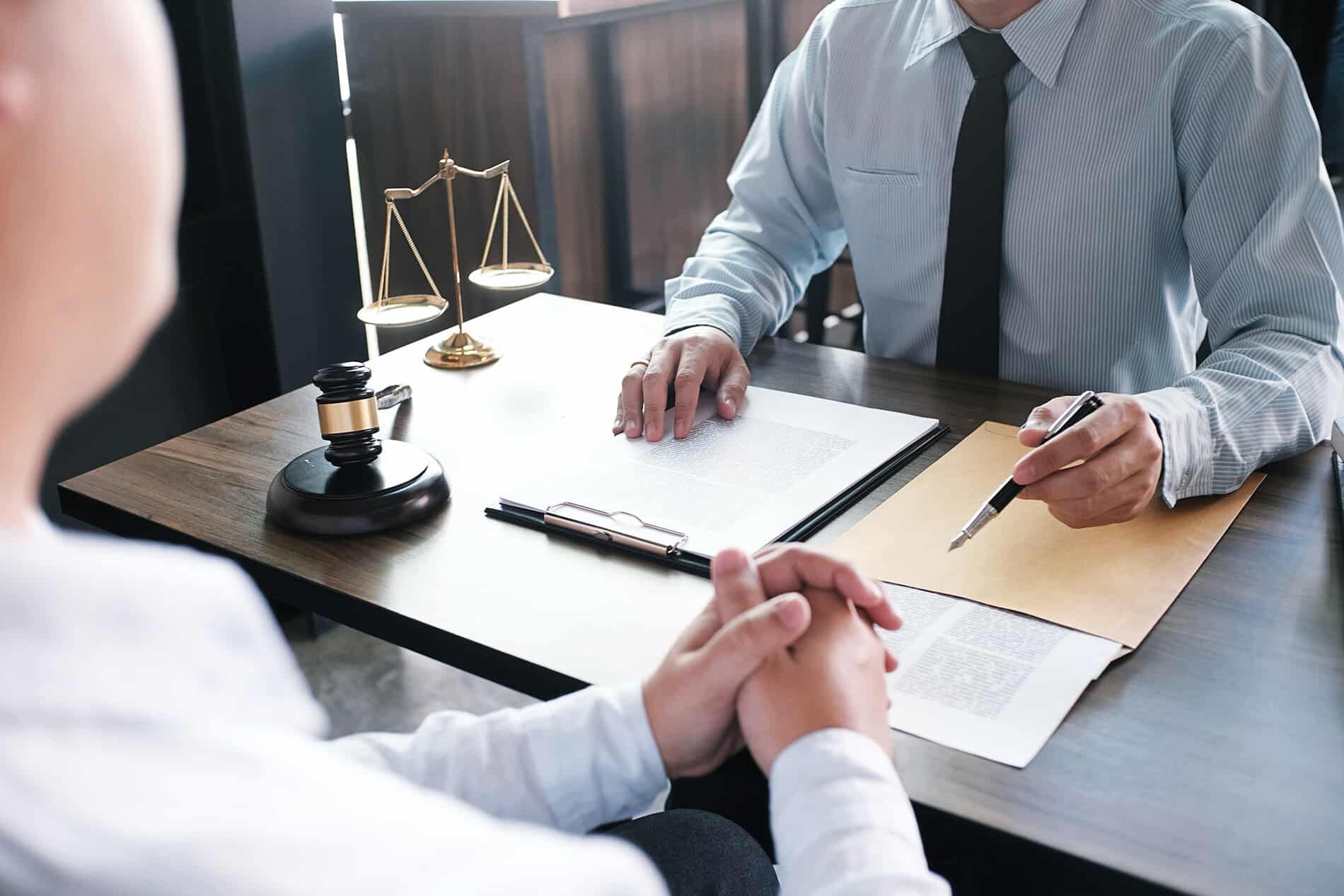 The Importance of a Power of Attorney Document

At Stepp & Sullivan, our estate planning attorneys in Houston, Texas know that there are many details that can get lost How to Create a Texas Estate Planning Checklist

At Stepp & Sullivan, our Texas estate planning attorneys know that no matter how large or modest your estate is, it is At Stepp & Sullivan, our Houston, Texas divorce attorneys know that when parents of minor children decide to dissolve their